In summer 2016, SAME published a special issue of The Military Engineer commemorating the service and contributions of military engineers in the Vietnam War. To accompany the publication, we are featuring on Bricks & Clicks a special series entitled TME Looks Back: Vietnam featuring past articles, photos, and other material that first appeared in the magazine during the 1960s and early 1970s.

Operation Greeley was an extended search and destroy operation by the 173d Airborne Brigade (Separate), United States Army, in the western Central Highlands of Vietnam. Monsoon rains deteriorated the road network so that, at many places in the area of operations during the last of the monsoon season, road movement was limited to tracked vehicles and in some cases was impossible. Most roads in this area were Class 55, two-lane, with earth surfaces of compacted “laterite”—a combination of about 60 percent silt and 40 percent granite stones. Under heavy traffic and rainfall these roads failed, despite efforts to maintain proper drainage and to preserve the surface compaction.

On a route near the brigade forward base camp at Dak To airstrip, an impasse existed which prevented all wheeled and most tracked vehicles from using this section of the road. The impasse consisted of a 100by-75-foot section of gumbo 2 to 4 feet deep. The condition of the material was such that a man attempting to walk across would sink to his waist in places and have extreme difficulty in extracting himself. Most of the surrounding area was about 2 feet deep in mud and equally difficult to traverse on foot. The topography was such that a bypass was not practical. The soil was silty with some organic material and was saturated.

The plank road is a refinement of the corduroy road. It has the advantage of being more easily installed and can support heavier loads than a corduroy road of native timber. The road consisted of 10-by-10-inch caps 20 feet long laid on 4-foot centers perpendicular to the center line of the road; 6-by-6-inch stringers 20 feet long laid on 3-foot centers to provide a roadway width of 20 feet; and 20-foot 2-by-4-inch decking. The treadway was to be constructed of 2-by-6-inch material with curbs of 6-by-6-inch timbers. Curb-to-curb width was to be 16 feet. No provision was made in the original bill of materials for the construction of end ramps or for sleepers to be placed under the 10-by-10-inch caps. To provide for this the bridge was shortened to 135 feet and the remaining material was used to lay 10-by-10-inch sleepers and construct end ramps of 6-by-6’s and 2-by-4’s. Natural timber sleepers were used to fill out the length which could not be covered.

The engineers had no assigned lifting equipment. A 5-ton wrecker was obtained from an artillery unit and a tank recovery vehicle (VTR) from an armor unit of the brigade. Additional equipment available was a D7E tractor, a 25-ton tractor and trailer, four 5-ton dump trucks, and an additional tractor obtained from a combat engineer company. The 5-ton wrecker was used to load the stockpiled materials aboard the lowboy for transport to the work site. One tractor was used to prepare the site by backblading the material on the impasse and approaches. A 20-ton rough terrain crane was later obtained from the combat engineers to replace the VTR which broke down and had to be returned to its unit for repairs. The work partyconsisted of the three line platoons (less one squad in each platoon which was deployed elsewhere as a demolition team supporting each infantry battalion of the brigade). 1st Platoon was responsible for site preparation, the 2d Platoon unloaded materials at the stockpile, and the 2d and 3d Platoons unloaded materials at the work site. After the site was prepared and the materials delivered, all the platoons were used to place the sleepers and caps, working one at a time in 8-hour shifts.

At first the sleepers were manhandled into place, but their size made this a difficult and slow process. By walking one D7E tractor around to the far side of the impasse and using the winch, the sleepers were snaked across and then placed by hand. This speeded up the task considerably.

After placing all the sleepers, the engineers began placing the caps. An attempt was made to use the rough terrain crane for this operation but it could not maneuver into a suitable position without getting stuck. The same thing happened with the 2-yard bucket loader. Finally, the technique which proved successful was the use of the winch on the tractor. The winch cable was placed around the mid-point of the member and fastened with the hook back around the cable. The cable was then taken in until it was tight around the member which was then pulled up on the winch spindle. In this position, it could be placed at almost any position on the sleepers since the tractor could maneuver along the sleepers except at the worst area in the middle of the impasse. The tops of the sleepers were greased with motor oil and the caps were slid into place by hand.

The decking, treadway, ramps, and curbs were carried and placed by hand.

From noon on August 18 when work began until noon the next day when the last sleeper was placed, the whole work force was employed. For the next 24 hours, the three platoons worked in 8-hour shifts and pile the project at noon on August 20.

This operation was an experiment in all respects, from task organization to construction technique. At first, much time was lost in experimenting with equipment and with equipment down time. The material had to be stockpiled within the brigade perimeter, about 300 meters from the construction site. Better organization of material at the job site would have saved some time. If the material could be stockpiled at both ends of the impasse, two platoons could be on – employed, working from the center outward in opposite directions.

The most efficient equipment would be cranes or wreckers to load and unload the material, a tractor and lowboy or pole trailer to move heavy timbers, and 5-ton dump trucks to move smaller members which can be loaded by hand. The winch and tractor proved to be the best method of placing heavy members in the structure.

Since drift pins were not available, 1/2-inch steel reinforcing bars were cut into 12-inch lengths and used instead.

The project required 972 man-hours and 176 equipment hours. Although this task did not involve extremely complicated engineering techniques or equipment, it demanded resourcefulness, imagination, quick response, and great physical endurance: all desirable qualities for an engineer. 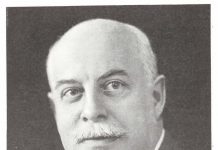 Flying Out of the Starting Blocks

Entering the Federal Market & Drinking from a Fire Hose