In the early days of flight, aircraft were small and lightweight. They carried a single person and could land on just about any soil surface. By the 1930s, planes had become ample enough to move considerable numbers of people and equipment, yet they remained not much heavier than large trucks.

Therefore, to build runways, the aircraft community simply relied on the same design principles that had been used to construct roads. The forerunners of the U.S. Army Engineer Research & Development Center (ERDC) were there in the beginning, paving the way for airfield design, and the agency continues to be at the forefront of this critical technology.

By the start of World War II, bombers had become significantly larger and heavier than commercial aircraft. In 1941, the 160,000-lb experimental bomber XB-19 was being taxied on a runway in California when the wheels broke through the pavement. Immediately, runway design was deemed critical. The U.S. Army Corps of Engineers was tasked with solving the problem.

In the small town of Vicksburg, Miss., the Waterways Experiment Station (WES), the premier soil mechanics research laboratory of the Corps of Engineers and the predecessor to ERDC, quickly became the center of expertise for airfield design. As WES engineers learned how to build paved runways to handle the bombers’ loads, a new problem emerged. To fight effectively against the Axis powers, the Allies could not rely on large airfields in rear areas. A method was needed to quickly build expedient runways in forward areas, allowing for a constantly shifting front line with the enemy.

French and British engineers developed clever designs using flat, interlocking structures to create a matting over soils. These wooden mats provided a strong surface that distributed the weight of the aircraft over a large area of the relatively weak soil below. While innovative and fast, these existing designs simply could not handle the loads of the modern bomber aircraft the United States was bringing to the fight. WES, in conjunction with the Carnegie-Illinois Steel Corp., eventually designed the pierced steel plank: narrow, 10-ft-long perforated plates that linked and weighed about 70-lb each. Sometimes called the Marston Mat, after the location of its first use in North Carolina, its ease of manufacture, rapid emplacement, durability, and ability to handle heavy loads led to extensive use in World War II, in both the European and Pacific theaters of operation.

While these mats had almost no downfall operationally, logistically they were very heavy and required large numbers of cargo aircraft to fly them around the world. Soon, an aluminum version was produced: the pierced aluminum plank (PAP).

The PAP was not quite as strong and durable as its steel counterpart, but its lighter weight allowed for use in areas that were logistically difficult to access. Never satisfied and always seeking better methods, WES also tested the Canadian-designed Hessian Mat, an asphalt-infused burlap strip that could be rolled out, in mere hours, onto soil to build a runway capable of handling fighters and medium aircraft.

When the Germans and Japanese surrendered in 1945, the need for rapidly emplaced runways did not go away. The Cold War led to the creation of strategic super bombers and fighter jets. The B-52 weighed nearly 500,000-lb when fully loaded. Airfield designs once again had to adapt to the enormous loads of these new aircraft. With the invention of the jet engine, a new problem was introduced. The immense heat and pressure from the jet fighter engine’s exhaust could significantly damage many runways. With the numerous holes in the pierced steel plank (PSP) mats, the soil below the mats quickly eroded from the blast, creating weak and uneven landing surfaces.

Through the 1940s and early 1950s, PSP mats were continually modified to handle heavier vehicles. After numerous iterations, a balance was struck between strength and weight, and the M8 mat was put to use by the U.S. Air Force as its expedient runway matting of choice. However, the M8 mat still had holes in the surface—mats would have to be completely redesigned to allow for continued use by jets.

As wars in Asia went on in the 1950s and 1960s, logistical aircraft began to play an even more critical role than bombers. The Air Force introduced the C-5, the first cargo aircraft to exceed the size of the largest bombers. Its maximum weight of more than 800,000-lb marked a significant turning point in airfield design. Runways would, from then on, use cargo planes instead of bombers as their design aircraft.

While these new super cargo planes, with their improved landing gear, did not pose a challenge to paved runways, the cargo plane’s role did affect design. Cargo aircraft must be able to land near the front lines, to unload supplies and support ground troops. Bombers, on the other hand, see front-line action in the air before returning to base to land. Once again, matting for expedient, forward strips had to be revisited. This time, however, there would be multiple directions for the research to go.

The first task was to learn the limits of soil conditions under the mat. Using new, specially-designed load carts and their soils experts, engineers at WES were able to simulate the loads of any aircraft and construct test sections of any soil condition or strength. New mat designs were tested by applying thousands of passes on each test section. By 1968, engineers could look at nearly any type of soil condition around the world and predict how it would perform. This allowed military engineers to place mats on weak soils and know just how long they could safely land various aircraft before replacement was necessary.

Secondly, a new mat was required to support heavier loads and eliminate foreign object debris, which created a significant hazard for jet engine-powered aircraft. WES took an even more active role in the mat testing and design and eventually settled on experimental mat 19 (XM-19). The XM-19 mat had no holes, making it waterproof and dustproof. To achieve the required strength and still remain lightweight, state-of-the-art manufacturing and engineering processes were stretched to extremes. These square-shaped aluminum mats featured hollow pockets inside that were filled with a honeycomb of aluminum to provide enough strength to support heavy aircraft, yet they weighed only 68-lb. Coated in a durable, anti-skid coating, these mats supported thousands of aircraft passes on weak soils before failing.

Before the Vietnam War ended, millions of the XM-19 mats saw use in Southeast Asia. The war also brought helicopters into mainstream military use. Though seen as early as Word War II, helicopters took on a pivotal role in Vietnam, and their size expanded tremendously. Compared to airplanes, helicopters are lightweight and do not require strong landing surfaces. However, with tremendous downward wind generated by the rotors, a dangerous “brown-out” condition can occur as uncovered soil is blown around the aircraft. To effectively combat this hazard, engineers at WES began developing a membrane that could protect soil from the helicopter’s rotor wash.

After building an enormous track and a simulated helicopter using old airplane engines on an elevated cart, WES engineers tested various membranes that could stand up to wind and resist deterioration when trafficked over. The WES-designed T17 (a double ply nylon fabric coated with neoprene) proved to be the most effective. Again, WES took the lead on procurement, providing this surface to the 1st Calvary Division and other units in Vietnam. The durability of T17 allowed it to not only be used as an airfield surface cover, but also for expedient roads in the theater of operations.

THROUGH TODAY AND BEYOND

In the mid-1960s, U.S. Navy engineers built on the concept of the XM-19 mat’s solid surface and honeycomb core and combined it with the traditional size and shape of previous matting. This eventually led to the AM2, an aluminum mat, measuring about 2-ft by 12-ft, that was capable of supporting any military aircraft, on soils as weak as 4-CBR. (CBR, or California Bearing Ratio, is a scale engineers use to define soil strengths as a ratio.) Soil with a strength of 4-CBR is 4 percent as strong as well-compacted, crushed California limestone. While slightly modified over the years with improved connections and surface texture, the AM2 matting remains the standard for expedient airfields today.

Because of roughness concerns on runways, the role that AM2 cannot fill, however, is that of airfield damage repair (ADR). Since the introduction of aircraft to warfare, strategists have learned the value of damaging the enemy’s runways to prevent the projection of air power. Engineers learned to quickly repair bomb damage, initially with gravel fill or normal concrete. Today, engineers at ERDC have established advanced methods and designed lightweight fiber-reinforced polymer mats to accomplish the ADR mission. These high-strength mats can be bolted to a concrete or asphalt runway in minutes after a crater is filled with a strong, well‑compacted soil. The mats can resist extreme forces from a fully-loaded cargo aircraft as it skids to a stop.

As technology in aircraft moves to new heights, so do ERDC’s research and development efforts. Advances in propulsion, engines, airframes, and mission will continue to create the need for new and improved airfield matting. From the vertical takeoff and landing capability of the F-35B, which subjects airfields to thousands of degrees of thermal load, to advanced unmanned aerial vehicles, which require extremely smooth surfaces for their small wheels and delicate sensors, new technology in flight will always demand engineers to support ground requirements.

Today’s engineers at ERDC continue the tradition set by their WES predecessors by providing innovative solutions to meet the current and future challenges of our military. 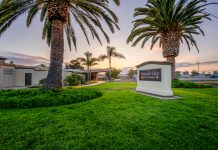 Effective Practices for Joint Use of Healthcare Facilities

Modernizing Shipyards for the Fleet of the Future

A Hybrid Solution for Generator Efficiency

A Hybrid Solution for Generator Efficiency

The Challenges of PFAS Remediation