In early FY2015, the New York District of the U.S. Army Corps of Engineers (USACE) had an opportunity to take on the design of a new Noncommissioned Officer Academy (NCOA) complex at Fort Drum, N.Y. From the start, the district was faced with a challenge of staffing this undertaking while still producing a quality product within the given timeline and schedule. From past experience with other complex projects, New York District immediately decided to scour neighboring USACE districts for talent, as well as supplementing the team with an industry architect-engineer (A-E) team.

The group assembled was comprised of in-house staff from New York District and a sister USACE district, the Fort Drum Directorate of Public Works, and the A-E firm. This hybrid design team was managed by New York District and worked together very well with few difficulties to produce a design-bid-build project. In the end, the team was able to meet the schedule, advertise, and successfully award the project. The NCOA complex is currently under construction with expected completion in August 2019.

As part of a commitment to improve NCOA facilities, the Army’s Institute for Noncommissioned Officer Professional Development and the Army Training and Doctrine Command established standard criteria that did not previously exist. The first NCOA to enter the programming cycle under the new standard facility design was the new complex at Fort Drum.

The project was programmed by USACE Norfolk District, the district in which resides the Training and Doctrine Command headquarters at Joint Base Langley-Eustis, Va. To initiate the project, New York District contracted with Pond & Company to conduct a design charrette.

The charrette took place in October 2015 at Fort Drum with joint participation of the Norfolk and Fort Worth Districts. In the charrette, the three main components of the NCOA (classroom/training, administration, and barracks) were combined into a single facility. The charrette report and the recommendations were prepared, reviewed, and accepted by all the stakeholders before being taken on by New York District to then execute the design.

Due to timing and staffing availability, the remaining disciplines were augmented by other geographical districts. For instance, USACE Baltimore District, which routinely supports New York on many projects and has developed a good working relationship, jumped onboard to provide design services for fire protection and HVAC.

With New York District’s large Civil Works program underway at the time, the civil engineering design needed to be performed by the A-E. Furthermore, interior design and other supporting services, such as field investigations, Value Engineering, and independent technical review were also needed by an A-E.

The selection of an A-E to work with was not a difficult one (Pond had prepared the charrette documents); however, acquiring the contract capacity proved to be challenging given the schedule constraints. New York District’s technical managers were up for the challenge and successfully acquired the needed capacity, and negotiated and awarded the contract in time.

An initial concern in the project was that effective communication between the three entities might be compromised, or lead to slow progress. Instead, weekly team meetings/teleconferences were held, and proved very productive where each discipline updated the team on its status and articulated key input or coordination needs. Following the conferences, meeting minutes were promptly distributed. And with global conference call capability now commonplace, team members from four remote office locations could participate.

One limitation to communication recognized was the inability to walk down the hall and review drawings or discuss design details with team members. However, this was deemed a minor inconvenience.

Another key factor that contributed to success was the presence of a New York District project manager who was a Fort Drum resident. The individual was able to expedite timely input and direction from the base. He was instrumental in facilitating the field work for subcontracted geotechnical and surveying services, stormwater issues, and permitting.

The NCOA design was developed in BIM using Autodesk Revit software. The BIM model was successfully utilized on the project, although sharing of it between the offices was a challenge. While Baltimore District engineers were able to connect to the New York District’s server for realtime access, the A-E had to download and upload it using Newforma software. Downloading extractions from the model to work in, then uploading them back each night, was a time-consuming effort.

A Value Engineering study was an interesting aspect of the new NCOA project at Fort Drum. The A-E provided a separate senior technical team, independent of the designers, to participate in the study and come up with suggestions of potential cost-saving measures.

The Value Engineering consultant, which was contracted by USACE New York District, led the week-long effort and contributed to cost savings on the project. One of the team members also provided some valuable continuity to the project as he had participated in the design charrette the previous year.

As a result, he provided first-hand commentary on the desires, intentions, and discussions that had taken place.

In a turnabout from typical design projects where USACE provides review comments to the design team by way of DrChecks, on the NCOA project, the A-E performed the design review and posted its comments on ProjNet for USACE to address. This process went smoothly.

One USACE designer said that the project benefited from specialized expertise from the A-E, which they did not have in-house, and that one or more technical design oversights were caught and corrected that avoided potential delay and extra cost during construction. More than one agency designer stated that they felt they received fresh input and perspectives from the non-government reviewers, which helped improve their own in-house design capabilities.

A common observation relayed by team members concerned the design review meetings. It is typically standard procedure to have an in-person review meeting at the project location in order to discuss the DrChecks comments and responses. Because of budget constraints, however, these in-person review meetings were replaced with teleconferences. While the required objectives were still accomplished, it was noted that the benefits derived from personal interaction and enhanced team cohesion were missed.

The NCOA project was issued in December 2016 as a lowest price/technically acceptable procurement. Proposals were received in February 2017 and the contract was successfully awarded in May 2017.

The efforts of the hybrid design team are bearing fruit. The project is under construction and with it, another entity of the hybrid team is now engaged in a lead role. The New York District project manager and Fort Drum resident is providing leadership as both the owner’s representative and from being a direct participant throughout the design phase.

The hybrid team brought together several different professionals, each in a collaborative role, where they were used to leading the entire design effort. This team of teams proved to be greater than the sum of its parts, with each entity taking different lead roles at different times. The creative teaming was considered optimal, with each group sharing their experiences and strengths, and resulting in improved quality. 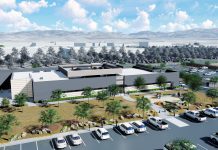 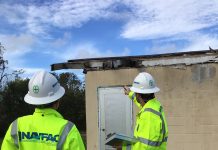 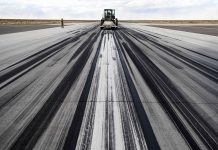 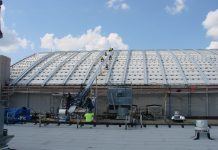 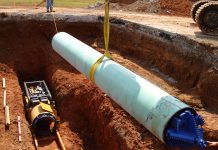 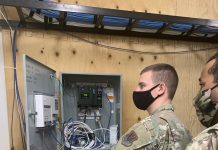 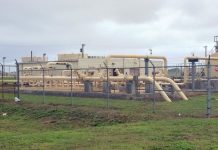 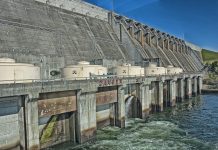 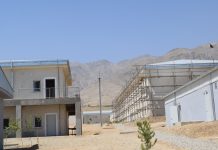 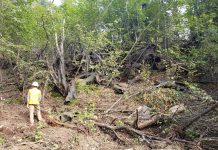 Mitigating Munitions and Explosives of Concern in Guam