SAME would be nothing without its foundation of dedicated volunteers. Whether it is giving back to their local community at the Post level, chairing a task force or Community of Interest, or serving on the National Board of Direction, volunteers at all levels drive the Society forward to tackle the challenges facing our A/E/C industry and national security.

This Volunteers Week, SAME shines a light on volunteers making an impact at the local level through our network of Posts. In 2020, volunteer members hosted 520 virtual events or activities, which included 52 government briefings, 44 IGE-related events, and 32 Industry Days. In addition, volunteers contributed 6,752 hours to community service work, 1,749 hours assisting veterans and wounded warriors, and 14, 510 hours on STEM engagement. Through these comprehensive efforts, SAME members are helping secure America’s future at the most critical level: in the local communities where we live and work. 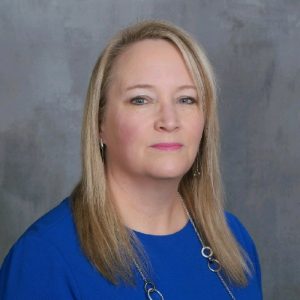 How did you get involved with SAME?

Back in 2016, my son John decided to attempt breaking a Guinness World Record by creating an American Flag out of Legos that would be 60 ft by 30 ft. His first speaking engagement was with a local veterans’ organization. Dave Packard, who at the time was the Omaha Post President, also presented there. After hearing John speak, he offered John a chance to come present at an SAME lunch. The group was so welcoming and inviting that I joined. I had been in the A/E/C world since graduating high school, but never really understood that I did not have to be an engineer or in the military to be a part of the organization. That is why I love recruiting new members and helping them discover all the great benefits of being a part of this wonderful organization!

What would you tell people who are thinking about increasing their involvement with SAME?

How has your involvement in SAME benefited you?

I have made so many great friends and business contacts.  I am also continually learning new things about navigating the federal contracting world.

What’s your favorite aspect of volunteering with SAME?

I do have to say that the best part of being involved is the friendships I have made across the country!

What would you tell people who are thinking about increasing their involvement with SAME?

SAME is a great opportunity for networking and provides a wide variety of opportunities to support the youth of our nation and your local community.

How has your involvement in SAME benefited you?

It has enabled me to meet/work with more of my fellow professionals and to participate in more activities than I likely would have not being a member.

What’s your favorite aspect of volunteering with SAME?

Working with youth in various STEM activities and providing much-needed help to individuals in the various community support activities.

One of the ways that SAME shows its appreciation for the dedicated work of its volunteer members is through its National Awards & Recognition program. These annual awards, presented during the Joint Engineer Training Conference, recognize individuals and organizations for their outstanding contributions to the profession, national security, and the SAME Strategic Plan.

First presented at the 2009 Joint Engineer Training Conference and Expo, the Post Service Medal recognizes nationally an SAME member who has made significant contributions to the Society at the Post level. Recipients of this prestigious award are those who have rendered dedicated service to their local Post and contributed to the leadership of their Post on making a positive impact in the community.

Awardees have served in all levels of responsibility in their Posts, including President, Treasurer, Committee Chair, and member of the Board of Direction. Several recipients have continued to serve their communities and regions by taking on leadership roles as Regional Vice Presidents, and two awardees have been elected as SAME National President. Twelve of the recipients were either designated as Fellows in the Society at the time of award, or went on to attain the rank of Fellow, with one being designated as a Distinguished Fellow for continued dedication to the Society.

Ready to Get Involved?

SAME is always looking for more volunteers who are enthusiastic to get involved, eager to make a difference, and committed to helping the Society and its Communities of Interest support the SAME Strategic Plan! You could join a steering committee or volunteer for an ad-hoc opportunity to share your experiences and expertise, connect with fellow members, and collaborate with your peers on programs and initiatives that help build leaders and lead collaboration in the federal A/E/C industry – all while developing skills that will benefit you both personally and professionally.