A record 2,350 professionals convened in Atlanta for three days of relationship-building and information-sharing at the SAME 2016 Small Business Conference. Each year SBC is the premier event for businesses working in the federal A/E/C marketplace to connect with teaming and subcontracting partners and to gain insight on the mission needs of the federal government—and 2016 was no different. SBC is also crucial for the government agencies to conduct market research that will help them as they lay out their acquisition programs for the coming years.

The senior federal agency leaders each briefed on their respective mission sets, including emerging areas of investment and key trends to be aware of as businesses look to position themselves to support the government in the coming years. In particular, both USACE and the VA addressed their growing partnership in which the Corps is assisting on execution on a number of large medical facility projects over $100 million.

Monday’s program also included four “Mega Sessions” with each of the services and the VA. Leaders from each agency talked to attendees about small business acquisition programs and upcoming opportunities to compete for contracts.

Concurrent to the Mega Sessions, the conference offered education sessions that offered information for small businesses looking to develop their firms in the federal A/E/C market. Held throughout the week, the sessions with titles like “Building your Bottom Line through Business Development,” “Accounting: The Love Language of Government Contracts,” “Keys to Successful Mentor-Protege Relationships,” Big-Time Marketing, Small-Time Budget,” Performance Evaluations—CPARS Implementation Lessons Learned,” Legal Secrets: Winning Proposals and Bid Protests,” “How We Did It: Small Business Graduation,” “Using Sources Sought to Successfully Influence Acquisition,” and “What Small Businesses Should Know About Congress.”

Because some small businesses may not have the resources or the manpower to focus on longer-term approaches and trends, the SBC education sessions sought to provide an opportunity to hear from experts who are focused on these aspects and can give ready-made insight and help these firms look internally and externally to improve their strategy.

The 2016 SBC featured a number of new offerings intended to make it more valuable for attendees, both government and industry.

The VA was a instrumental partner in helping develop the conference and brought a large contingent of its construction, facilities management and contracting personnel to the event to meet with A/E/C small businesses. The VA and SAME will continue to work to increase the agency’s presence at SBC in the future.

This year’s Business Opportunity Briefings were reconfigured from geographic-organized sessions to a business-line approach. For instance in the past, commanders with USACE districts in a particular region would each brief the audience on what was transpiring in their area. But most small businesses are built on a particular discipline or type of work. This year, if you are a small business focused on environmental remediation or vertical construction, you could attend that session and hear from multiple agencies rather than go to each of the geographically organized sessions and wait to hear about your area of expertise.

In total, combining the Business Opportunity Briefings and the education sessions, there were more than 45 hours dedicated to help small companies grow their business.

Also new in 2016 in the Exhibit Hall was an Innovative Product Theater. Several technology and software companies took the opportunity to showcase their products and services to attendees. One product, for instance, provides detailed market research data that could help a company in preparing to bid on contracts. Another presentation was by the General Services Administration, which was centered on Category Management and where the federal government is headed in this realm.

Matched networking tables were offered again, but this year were set up electronically for the first time. Attendees could request appointments with large businesses or government agencies and meet in person to discuss topics such as acquisition processes, market research, potential subcontracting opportunities and more. While the new electronic scheduling system had its kinks, which will be worked out in the future, the new approach will make it easier to scale the networking tables for more attendees in the coming years versus the manual matchmaking approach used in the past.

In addition to the opening senior leadership panel and service Mega Sessions, this year’s SBC featured a presentation by Jackie Robinson-Burnette, SES, the Deputy Associate Administrator for Government Contracting & Business Development with the Small Business Administration (SBA). She addressed recent contracting changes within the small business arena, including the implementation of the Rule of Two and the changes to the Mentor-Protege program. She talked about protests, and the danger of being overly quick to submit a protest as it can sully a reputation. Be judicious about when you challenge an award. Debriefs can be a more effective tactic and should be done even if you win a contract. Robinson-Burnette also touched on how she is working to make SBA more efficient and open to serving small businesses. She doesn’t want the agency thought of just as an enforcer of contracting goals, but one that is considered “smart, bold and accessible.” She wants SBA to be number one in customer service within the federal government, because that is no different than a small business has to be if it wants to succeed in a competitive marketplace. Robinson-Burnette was preceded on stage Thursday morning by SAME National President, Capt. Mike Blount, F.SAME, USN (Ret.) of AECOM. He shared background on SAME’s strategic goals and objectives and emphasized how SBC plays an essential role in bringing together government and industry to develop solutions that benefit national security, in step with SAME’s mission.

Global business advisor Michael Jackson (known as The Other Michael Jackson) followed Capt. Blount and Robinson-Burnette, treating attendees to a boisterous presentation on the topic of change in a business context. As Jackson stated, “change that once took decades or generations to occur is now happening in the span of weeks or months.” His presentation looked at technology, at, for instance, how we put a man on the moon with the amount of computing speed of a modern day toaster. Indeed, the adage that the more things change, the more they stay the same no longer applies. Today, Jackson explained, the more things change, in fact, the faster things change.

SBC’s Exhibit Hall featured nearly 300 exhibitors and the hall was busy from its opening on Wednesday afternoon until closing at midday on Friday. Attendees had an opportunity as they toured the Exhibit Hall to meet with companies participating in the SBC Passport. The program is geared to encourage relationship-building and allow individuals from various companies and agencies an informal way to engage and learn more about their respective services and capabilities.

On Friday afternoon, Lt. Gen. Rick Lynch, USA (Ret.) closed out the 2016 SBC with an inspiring keynote on the importance of finding work/life balance and being an adaptive leader in the 21st century. Gen. Lynch took attendees through his career with the Army, which culminated as Commander of Installation Management Command, which oversaw all Army installations and the services for soldiers and their families. He described his philosophy as a leader, that true leadership is about “touching lives and making a difference.” Gen. Lynch, who branched as an engineer coming out of West Point in 1977, spent a decade as an engineer officer before transitioning to armory.

Among his most significant experiences in uniform was leading troops in “The Surge” in southern Iraq during Operation Iraqi Freedom; in detailing the planning for that mission, which he and his leadership had just weeks to prepare, Gen. Lynch emphasized that regardless of the circumstances, great leaders look for the opportunity in everything. One cannot be an adaptive leader if they are always focusing on the negative. Ask yourself: “Are we doing the right things; are we doing things right; and what are we missing?” Moreover, Gen. Lynch cautioned, we don’t allocate ourselves enough time to think. We are constantly moving from one responsibility to the next. To achieve real work/life balance, we must step back at times. By stepping back and thinking, we are then able to better move forward.

During SBC, the SAME National Office also rolled out a membership campaign for social media, having members write down some things about them personally and professionally, and then when they first joined. The idea is to feature the great diversity of SAME members and their engagement in the Society. Photos of the people were then sent out through social media using the #IamSAME. To see some of the member photos, search #IamSAME on twitter; and we encourage you to carry out the membership campaign at your local Post as well.

Presentations from this year’s conference are available on the SBC website. Click here to search the presentation you want and select it, where you will be able to view the slides. View additional photos from the event on SAME’s Flickr page.

Next year’s SAME Small Business Conference is scheduled for Nov. 15-17, 2017 in Pittsburgh, Pa. Look for updates on the program, participating agencies, keynote speakers and more during 2017 at www.same.org/sbc.

Thank you to all the sponsors, speakers, exhibitors and attendees of the 2016 SBC in Atlanta. As Michael Jackson concluded in his wrap-up Friday afternoon, SAME as an organization is striving to be Supportive, Adaptive, Modern, and Engaged—and that is only possible thanks to the continued great energy and enthusiasm exhibited by members throughout the Society, and attendees to conferences like SBC where SAME’s vision to be “the multi-disciplined integrator of military, public, private, and academic national infrastructure-related capabilities to produce viable solutions for America’s national security” can be put into action.

To view SBC as it happened in real time, check out #SAMESBC on twitter and follow @same_hq on twitter for news, notes, insights and observations from throughout the week in Atlanta. 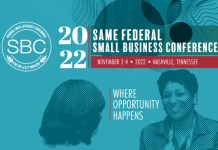 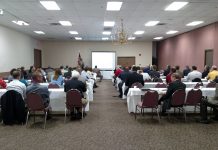 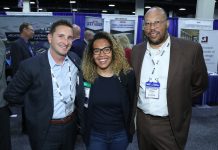 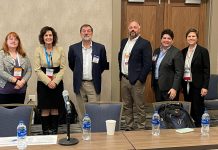 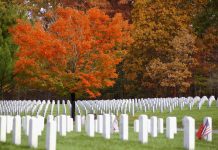 Entering the Federal Market & Drinking from a Fire Hose