On Valentine’s Day 2016, frozen pipes burst on the 14th floor of a Department of Veterans Affairs (VA) Medical Center in Boston’s Jamaica Plain neighborhood. Flooding migrated down several floors, severely damaging a large section of the facility, which was undergoing exterior renovations at the time, impacting patient services and causing a temporary closure. Day surgery, clinical visits, medical tests and urgent care services are accessed at the medical center by up to 1,000 patients each day. Fortunately, no persons were injured, and the flooding stopped one room short of the critical IT Data Center, which houses patient data for all of Veterans Integrated Services Network 1.

The VA Boston Healthcare System is comprised of eight campuses, with three major medical centers that encompass 2-million-ft² of space: Jamaica Plain, West Roxbury, and Brockton. In addition to providing critical and routine healthcare to the region’s active and retired military and their families, the facilities support research in partnership with Harvard University and Boston University.

The burst pipes and resultant flooding served as a catalyst for facility staff to identify other potential physical plant vulnerabilities. Going beyond repairing the damage, the facilities group commissioned a comprehensive vulnerabilities assessment and risk mitigation study of all three major medical centers.

The charge: identify vulnerabilities that could lead to single points of failure at each campus or across the system and recommend strategies, with order-of-magnitude cost estimates, to eliminate those risks.

FOCUSED ON THE FUTURE

The study concentrated on critical systems that in a failed or compromised state would prevent the Boston Healthcare System from safely serving patients and families, and its employees. The study provided a framework upon which to plan and budget capital improvements, as well as security and infrastructure upgrades to ensure the facilities function more reliably, efficiently and safely for the near term and into the future.

Recommendations were developed in alignment with evolving health care codes and standards, building codes and VA design manuals. A risk matrix identified areas of risk, deficiencies, consequences, probability of occurrence, and recommendations for mitigation. Cost estimates were produced, providing a framework for a comprehensive capital plan.

The three major medical centers of the VA Boston Healthcare System, with their aggregate physical plant of 2-million-ft2 , contain numerous buildings constructed in the 1940s and 1950s, which have been added to and renovated many times since they were originally built. While the three campuses have grown dramatically, patient population, service demands and the ever-more sophisticated nature of healthcare delivery with increasing technology also continue their upward trajectories, putting further pressure on the buildings. The surrounding urban neighborhoods and their infrastructure press in on the hospitals, severely limiting setbacks and options for expansion, relocation of utilities, circulation, and security. Healthcare best practices continue to evolve and impact the facilities at a rapid pace, while updated codes and regulatory requirements proliferate as well.

Against this backdrop, the client and consultant team collaborated to more finely delineate the project. The institutional knowledge of the VA facilities staff, formed through their training and years of working in the medical centers, proved invaluable. Among those collaborating with them and the lead A-E firm, SMRT Architects and Engineers, were Tortora Consulting, providing construction cost estimating; Leading Edge Design Group, which was responsible for analysis of the data/telecommunications systems; and Jim Landau, P.E., a specialist in physical security.

The team’s scope of work included review of the existing site conditions; conducting interviews with key facilities/engineering personnel on each campus; reviewing original contract documents; and then comparing these to the VA standards, industry standards and code requirements to identify code and functional deficiencies while defining solutions.

Any improvements to the VA Boston Healthcare System facilities are required to meet a myriad of codes, regulations and design guides. The analyses of the facilities and their systems, and the design documents, were informed by and aligned to more than two dozen specific codes and guidelines.

The breadth of requirements in rigorously applying these criteria across the campuses illustrate the complexity of the challenge faced. Moreover, the VA Design Manuals in effect at contract award date for architectural, asbestos abatement, electrical, fire protection, HVAC, lighting design, physical security, plumbing, structural and telecommunications were also applied.

How do you communicate the results after analyzing 2-million-ft2 of buildings for failure and disruption risk, code compliance and design requirements, plus the three urban sites that the buildings sit on in a way that is both understandable and actionable, and can be prioritized effectively?

Going beyond repairing the damage, the facilities group commissioned a comprehensive vulnerabilities assessment and risk mitigation study of all three major medical centers.

First, the team developed separate written reports for each campus, but structured each report with identical categories and sub-sections. The section on Structural Systems, for instance, contains review and recommendations on blast resistance, progressive collapse, column protection, anti-terrorism/force protection, and anti-ram resistance.

Throughout the report, vulnerabilities are identified, addressed concisely, and illustrated with existing conditions photographs as warranted. The team also provided plans and design sketches where doing so would increase clarity for the client and the cost estimating team (an example would be the drawing of exhaust air flow paths and termination points).

The team then organized all the identified risks into a matrix, detailing the findings in a comprehensive at-a-glance reference. The matrix clearly identifies each deficiency, exact building location, and equipment. Each item was rated with a likelihood of failure and the severity of impact upon failure, facilitating clear prioritization for multi-year planning, budgeting and future funding proposals.

In the months since the risk mitigation analysis report was finalized, the VA Boston Healthcare System has already moved forward, adapting its facilities and grounds with a focus on prioritized risks. Much of the work can be accomplished with in-house engineering and facilities staff, although design firms and contractors are always engaged across the three major campuses.

Most importantly, the VA Boston Healthcare System now has a comprehensive view into hidden conditions and risks for which corrective actions can be planned and budgeted—making the facilities more resilient, compliant, system redundant, efficient, and capable of supporting its healthcare mission. 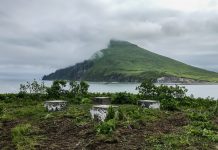 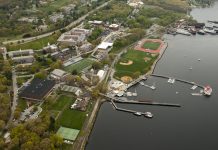 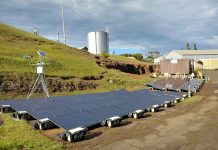 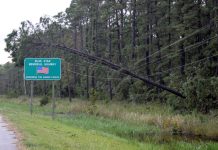 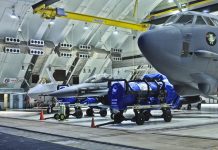 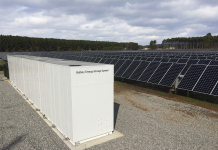 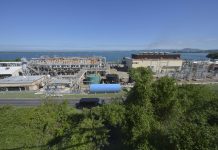 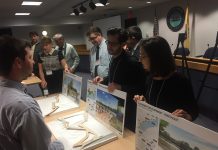 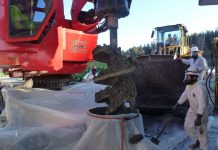 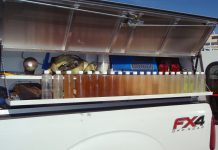