Col. Sal Nodjomian, P.E., F.SAME, USAF (Ret.), was sworn in as the 98th National President of the Society of American Military Engineers (SAME) on May 25 during the organization’s 2017 Joint Engineer Training Conference & Expo in Columbus, Ohio. As SAME President, Col. Nodjomian will lead a 47-member National Board of Direction and a global organization of 105 Posts and more than 28,000 members from throughout the military, public, private and academic sectors who are working to develop solutions for the country’s infrastructure-related national security challenges.

“I am extremely honored and humbled by the opportunity to serve as the National President for the Society of American Military Engineers,” says Col. Nodjomian. “With our Centennial Anniversary squarely in our sights in 2020, I look forward to building upon the incredible strides our Society has made the last several years. As SAME is a 100 percent volunteer organization, our members are our most treasured asset and deserve the very best support our leadership team can provide.”

In his professional career, Col. Nodjomian is Executive Vice President of Matrix Design Group and the Director of Government Consulting Services, where he is responsible for the development and execution of strategic plans and leads the vertical integration of broad reaching federal and military practices. He leads efforts across a spectrum of client services, including program management, military mission analysis, strategic and master planning, economic analysis, public-private partnerships, and public process facilitation.

A SAME member since 1996, Col. Nodjomian served on the SAME national leadership team and its Board of Direction this past year as President-Elect. Other leadership positions within the Society he has held include National Vice President; National Elected Director; Regional Vice President; Co-Founder, Joint Base Balad Field Chapter; and President, Lewis and Clark Post.

Col. Nodjomian graduated from the University of Delaware in 1988 with a bachelor’s degree in Civil Engineering. He holds master’s degrees from Northern Michigan University, The Ohio State University, The George Washington University, the Air Command & General Staff College, and the National War College. Presently a member of the SAME Emerald Coast, Panama City, and Pensacola Posts, Col. Nodjomian was invested in the SAME Academy of Fellows in 2008.

The SAME Board of Direction Col. Nodjomian will lead includes National Officers and Elected Directors voted in by the membership. The voting board also comprises Chairs of SAME’s 13 Mission Committees & Councils and Regional Vice Presidents of SAME’s 17 Regions. Additionally, there are several non-voting positions and appointed directors on the SAME Board of Direction. For more information on SAME’s governance, visit www.same.org/governance.

Founded in 1920, SAME is the premier professional association uniting public and private sector individuals and organizations from across the architecture, engineering, construction, technology, environmental and facility management, and contracting fields in support of national security. The Society’s membership includes more than 28,000 members and 1,500 Sustaining Member companies, public agencies and academic institutions. For more information, visit www.same.org. Follow us on twitter @same_hq. 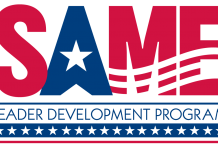 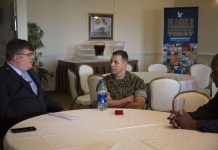 Building a Post-Service Career in the Construction Industry

A Short History of the Vietnam War