A survey of the fortifications on the Normandy Peninsula has recently been completed by the Chief Engineer, ETOUSA. This survey was made at the request of the Commanding General, Army Ground Forces. A general discussion of the defenses of the Normandy Peninsula is of interest especially in view of the fact that we are now attempting to break through the Siegfried Line.

When the Germans occupied France, they initiated the construction of fortifications along the invasion coast. However, it was not until 1944 that intensive efforts were made in this regard. At the time of the Allied invasion much of the heavier construction was incomplete, making the landing easier than it might have been at a later date.

The general plan was briefly as follows: Underwater and beach obstacles were used along the shore and were well covered by casemated guns so located that they could deliver enfilading fire. Immediately behind the beach were extensive minefields and, in many places, areas which could be flooded. Generally, these low-lying areas behind the beaches were also covered by artillery fire. Farther back on the high ground there were seacoast batteries designed to protect the approaches to harbors and landing beaches. These were manned by the German Navy and were intended for use against naval vessels supporting the landing. Antitank ditches with pill-boxes sited so that they could fire directly along the ditches were used frequently. One such ditch crossed the peninsula between Valognes and Cherbourg. Tunnels were employed for shelter, the storage of ammunition, and supplies and, in some cases, for machine-gun or artillery positions.

In many sections of the coast, high bluffs rose from the sea and no reasonable chance of landing existed. In sheltered areas, better beaches were found. Some of these were flat with considerable areas of low-lying ground behind. Some had high bluffs rising immediately behind the beach with valleys which formed natural exits. These exits were covered by machine guns in tunnels or prepared positions. Landing on this type of beach was extremely difficult.

It is believed that the German plan was to stop the attack at the beaches. The underwater obstacles employed were a serious hindrance to landing. These consisted of hedgehogs, curved rails, and piles with Teller mines attached to the tops. These mines when submerged a few feet were capable of blowing holes in the bottoms of landing craft which struck them. The range of the tide, about 20 feet, made it necessary to use a large number of obstacles in order that they might be effective at the different stages of the tide. On the beaches there were usually sea walls, and directly in front of the sea walls barbed wire was used to prevent taking cover there and gaining access to the higher ground behind. Flame throwers were buried in the sand and so arranged that they could be set off electrically from a central point.

On the beaches there were usually sea walls, and directly in front of the sea walls barbed wire was used to prevent taking cover there and gaining access to the higher ground behind.

At intervals of about a mile and a half on the beach there were strong points. Artillery pieces had been emplaced in casemates with wing walls to protect guns and embrasures from fire from the sea. These were carefully sited so that the beaches could be covered in both directions. When the landing craft hit the beach and troops started ashore these guns opened up a murderous fire. They were, for the most part, 88, 75, and 50-mm guns. Concrete emplacements, with side walls and roofs 6 feet 7 inches in thickness, provided protection to guns and crews. The field guns which were used required embrasures much larger than those which would have been needed if the guns had been designed for use in emplacements. These large embrasures offered a good opportunity for our use of machine-gun and rifle fire against the defenders. In addition to the artillery in casements, Renault tank turrets had been mounted on concrete emplacements called the Tobruk type. Sometimes emplacements of the same design without the turret were employed with a machine gun being fired from a central pedestal.

Shelters were provided for personnel at strong points. These were heavy concrete structures with walls and roofs 6 feet 7 inches thick. Entrances were covered by machine guns and had heavy steel doors about 1 1/2 inches thick. Defense against gas was provided by collective protectors. Natural ventilation was used, but there were hand-operated blowers available to force the air through cannisters in case gas protection were needed. On top of the shelter there was usually a steel cupola of armor 12 inches thick. These had six embrasures from which machine guns, mounted on a skate ring inside, could be fired. There were usually three machine guns which could be shifted to the side from which the attack came. The guns were so mounted that they could be fired through a steel ball which fitted into a socket forming part of the embrasure, giving freedom of action with adequate protection. When not in use the embrasures or ports were closed by steel doors.

Mines of all types were used and constituted a major obstacle. A type found frequently was the Mustard Pot, of French make, having 4 ounces of explosive and a chemical type igniter called the Buck igniter. This igniter is actuated by pressure of 25 to 35 pounds. The same fuze was employed with a can similar to our meat ration can, and also with French 50-mm mortar shells. The standard S mine (Bouncing Betty) was found frequently, but the Schumine which has a 1/2-pound block of explosive in a small wood box was not much used.

In addition, there were a great many improvised mines. A Stock mine was placed in a wooden box with the ZZ42 igniter, actuated by a light pressure on the hinged top of the box. Concrete blocks with explosive charges fitted with the Buck igniter were also found. Cases for 81-mm mortar shells were fitted up in such a way that pressure on the top would close an electrical circuit, setting off demolition charges placed in the case.

Teller mines and light German antitank and antitank mines were used extensively. In some very large shells up to 240-mm were buried with noses up and fitted with a Buck igniter by nose adapter.

The reason for the employment of every available type of mine, standard and improvised, was apparently the tremendous numbers required for the very extensive fields along the coast. There were numerous dummy minefields, carefully marked in such a way to make them resemble the real ones. This helped make up for the shortage of mines.

The seacoast batteries were usually about a mile behind the beaches and were located on high ground so as to command the sea approaches. A typical installation of this type was at Crisbecq. This had four emplacements for 210-mm guns in various stages of completion. In addition, there were seven 75-mm anti-aircraft guns and, on the forward slope toward the sea, there were extensive field fortifications providing protection against forces coming in from the beach areas. A command post was centrally located from which the fire of the seacoast guns was controlled. Shelters were provided for the operating personnel. These were prefabricated concrete structures which were built in pits in the ground so that the roof came just level with the surface.

The emplacements had roofs 12 feet thick, side walls 10 feet 3 inches thick, and a heavy slab directly in front of the gun, giving protection against the mining effect of bombs and shells which might explode after penetrating into the ground. The guns were operated manually and had limited fields of fire—approximately 120 degrees; the guns were not of modern design. Ammunition was available in magazines directly to the rear of the gun and an additional magazine for storage was underground behind the emplacement. There were no facilities for handling ammunition and, at the time of the landing, service was entirely by hand. It is quite obvious that the handling of the heavy shells for 210-mm guns without hoists and trolleys or ammunition cars would have been very difficult.

The fortifications were constructed by the Todt organization using forced labor and the standards of construction were not as high as those normally found in the United States. Concrete was usually made with bank-run sand and gravel, resulting in an excess of fine aggregate and a weaker concrete. The cement was of German manufacture and is believed to have been of good quality. Tests on three samples of concrete showed an average strength of 3,600 pounds per square inch. Reinforcement consisted of ½-inch plain round bars on a spacing of approximately 10 inches. These ran three ways and the ends were hooked. Overhead the protection against scabbing of concrete from the underside of the roof was provided by eye beams which went across the casemates with steel plates resting on the tops of the flanges so as to form a complete layer of steel.

There were no facilities for handling ammunition and, at the time of the landing, service was entirely by hand. It is quite obvious that the handling of the heavy shells for 210-mm guns without hoists and trolleys or ammunition cars would have been very difficult.

The fortifications were heavier around Cherbourg. In addition to the old French fortifications giving direct protection to the harbor there were casemated guns to either side covering the approaches which had been built by the Germans. The harbor was also heavily mined. Immediately to the east of the city was Fort Du Roule on top of a high hill. On all sides except one the ground fell off sharply. The one good approach was well protected by casemated guns, antitank ditches, mines, and barbed wire. The hill was honey-combed with tunnels in which the defenders had protection from air attack and artillery fire. It was from these tunnels that the German commanders came to surrender at the end of our prolonged attack.

The defenses of the invasion coast were not complete when our troops landed and the defending troops were not of first quality; many of them were of other nationalities, who were impressed into the German Army. The aerial bombardment preceding the invasion undoubtedly had a demoralizing effect on these troops. The effectiveness of such fortifications and defenses can not be determined until the whole story of the invasion is known, and we will probably never know how much trouble we would have had if more determined troops had been assigned to the defense of the invasion coast with completed fortifications and defenses.

Article first published in the February 1945 issue of The Military Engineer. 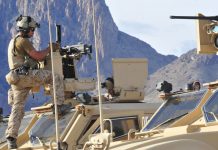 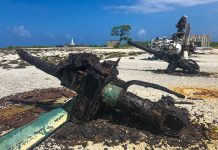 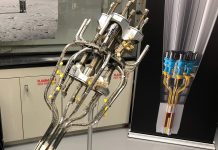 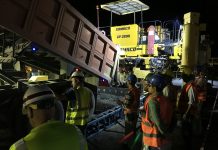 Engineering as an Instrument of National Power

And the Water Keeps Rolling Along