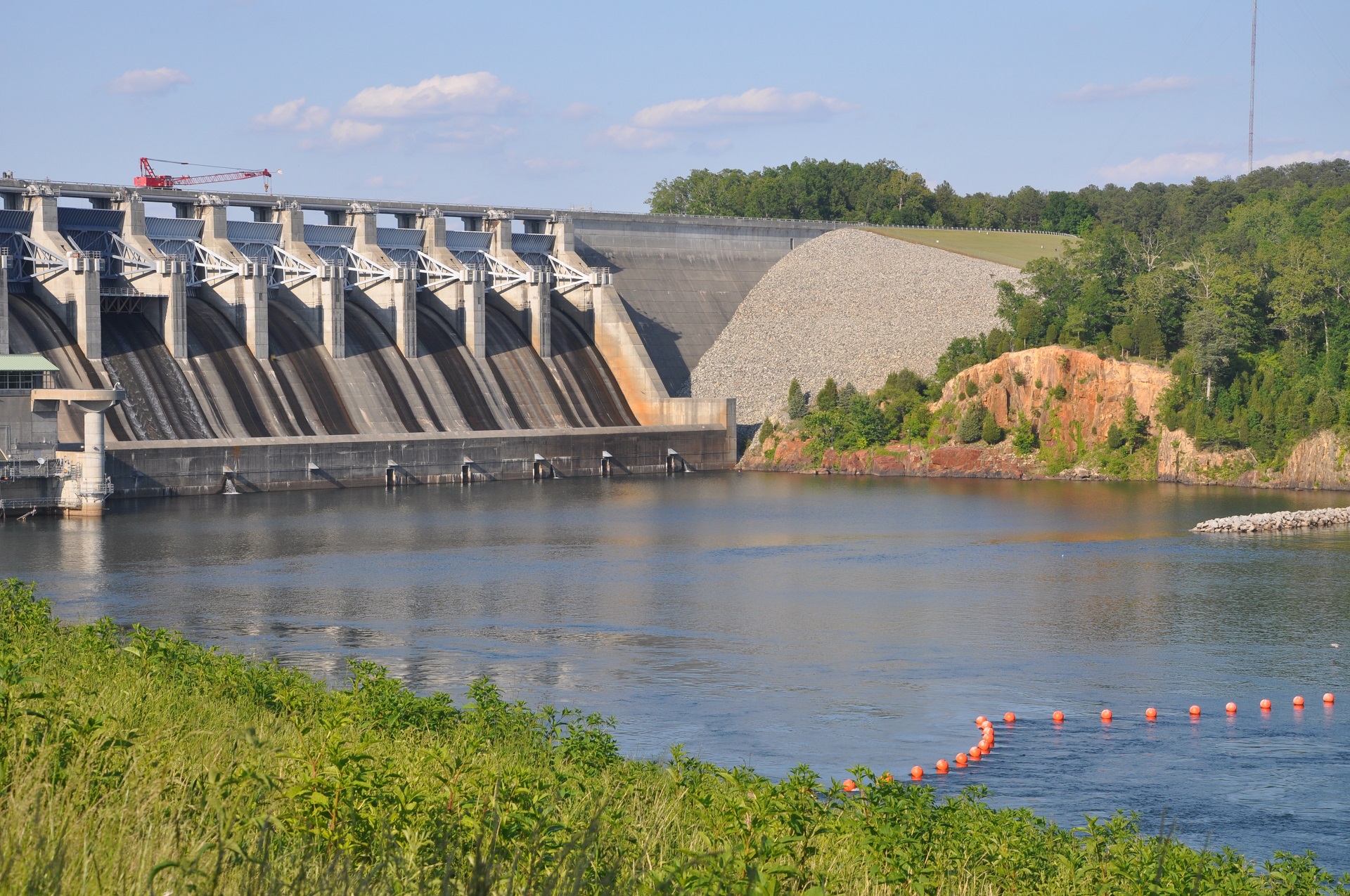 Did you know the U.S. Army Corps of Engineers (USACE) produces the largest amount of renewable energy in the United States? It’s true. The Corps is the owner and operator of 75 hydropower plants that produce clean, green, non-emitting, sustainable, carbon-free electrical energy at cost (non-profit) for the citizens of this nation. These hydroelectric power plants operate without much fanfare, and although they have been part of USACE’s arsenal for the past 50 to 75 years, they are often viewed as old technology and do not get their fair share of the clean power spotlight.

It is time to turn the focus back on hydropower and acknowledge this incredible renewable resource. From the Savannah River in Georgia to the Columbia River in the Northwest, our nation’s inland river systems are an incredible natural resource for sustainable energy. Hydropower delivers tremendous value to renewable integration, and there is now a monumental effort underway to modernize and rebuild USACE’s fleet of 75 plants across the nation.

On a large scale, electrical energy cannot be stored; it must be generated on demand and instantaneously transmitted to the end-user. When you plug your phone into an outlet, the electricity that starts to charge it was generated just milliseconds before at a power plant in the region. And, when you do so, the power system must increase the amount of energy it is producing by the amount you need. Hydroelectric generation—or more commonly, hydropower—is a flexible, strong and versatile generation resource that can quickly ramp up or down to meet load demand, thereby enabling the grid to operate reliably.

Other generation sources like nuclear plants and fossil fuel plants (coal and natural gas) require a significantly longer timeframe to adjust to changes. In the central and southeastern regions of the United States, hydropower is predominantly used as peaking power in the mornings and in the evenings when demand spikes. Hydropower can flex to meet demand and service the load.

As one of the largest producers of hydropower in the world, USACE has a total installed capacity of nearly 21,000- MW and produces nearly 100-billion-kWh a year. That is enough energy to serve over 10 million households, or roughly 10 cities the size of Seattle.

When it comes to renewable energy, not all are the same. Hydropower is the most predictable and dependable source. The earth’s hydrological cycle provides a continual supply of water from rainfall and snowmelt. It doesn’t run out. It also is an efficient renewable energy source because hydropower plants convert about 90 percent of the energy in falling water into electric energy. This is much more efficient than fossil-fueled power plants, which lose more than half the energy content of their fuel as heat and gas waste. Other modern renewables like solar and wind are intermittent, making them less reliable and durable.

Wind is good when the wind is blowing and solar is good when the sun is out. Hydropower is complementary to both. Where there is hydropower, you will see the integration of solar and wind. Hydropower has the stored water behind the dam ready to go as a dependable back-up to wind and solar.

Hydropower also plays a critical role in balancing the electrical grid in the complex system of generation, transmission, and distribution. Huge mega-ton rotating machines at a hydropower plant possess the critical characteristic of inertia, that is resistant to fluctuation and change, and helps anchor and control this interconnected system of voltage and frequency.

These ancillary services of voltage support and frequency regulation make hydropower an elite resource to grid operators. Other, less versatile and reliable renewables, rely on power producers like hydropower to condition and shape their product as it flows through the electrical grid.

Rehabilitating and modernizing a hydropower plant is complicated. The main powertrain consists of a large round-shaped generator rotor where the electricity is produced, creating the rotating electromagnetic field that induces electrical current in generator windings. The rotor is connected to a massive steel vertical shaft that attaches at the bottom to a turbine propeller, or turbine runner. The runner is where the system interfaces with the falling water, converting potential energy into kinetic mechanical energy, which rotates the shaft that then rotates the generator, ultimately producing electrical energy.

USACE has also worked over the past 30 years with numerous federal and state stakeholders to enhance the turbine runner design to meet environmental concerns over fish passage and dissolved oxygen. In addition to improving turbine design for fish and power, these 10-story high powertrain systems have many other sophisticated sub-systems that have to be rebuilt with new technologies and, in most cases, new materials.

In 2018, USACE will be actively modernizing 18 out of 75 power plants. It takes roughly one year to completely rehabilitate one turbine-generator system inside a facility. Adding to the challenge is that, while all this work is going on in a particular part of the power plant, the facility will still be generating electricity from the other turbine-generators. This adds technical complexities and safety concerns to the rehabilitation work. It is like rebuilding an airplane while in flight. On average, there are between five and 10 turbine-generators in the power plant. A small plant might have just one or two, but the large facilities in the northwest have up to nearly 30 turbines. The other systems and ancillary equipment that need to be rehabilitated include the governor system, excitation system, the control systems, transformers, circuit breakers and overhead cranes (some up to 600-T capacity).

As USACE rehabilitates its hydropower assets, we are enhancing them with new technologies by converting analog and mechanical controls to digital and computer controls. These smart systems consist of digital programmable logic controllers and remote terminal units, which are all connected to industrial Supervisory Control and Data Acquisition (SCADA) systems. This control architecture uses computers and networked data communications to more precisely dispatch energy to meet grid operator requirements. The old days of dispatching energy in blocks of hours are over. We are quickly moving into a realtime energy balanced market.

However, as these systems go digital we are becoming vulnerable to cyber-threats and cyber-attacks, and we have adopted a secure-by-design philosophy regarding cyber-security to protect generation systems from malicious attack. New technologies are also helping to facilitate the integration of solar and wind.

USACE has also worked over the past 30 years with numerous federal and state stakeholders to enhance the turbine runner design to meet environmental concerns over fish passage and dissolved oxygen.

Having hydropower back-up energy ready (often referred to as spinning reserves) requires automatic real-time control systems using distributed control systems that interface with multiple sub-systems to make prescribed decisions to balance current generation with demand. The SCADA systems enable operators to be alerted to critical problems such as loss of flow or high temperature by keeping a supervisory control over the plant facility.

Today, hydropower plant operators use Human Machine Interface (HMI) to translate data from industrial control systems into legible visual representations of the power plant system. Through the HMI, an operator can see schematics of the systems and turn switches and pumps on and off, or raise or lower temperatures. HMIs are usually deployed on industrial computers, communicating with the remote terminal units and programmable logic controllers.

ALL HANDS ON DECK

Having first created a Hydroelectric Design Branch in 1948, USACE decided 28 years ago to further centralize its hydropower expertise into a single center of excellence. In 1980, under an engineering regulation signed by the Chief of Engineers, the Hydroelectric Design Center was established in Portland, Ore., with the primary purpose to provide expert services to all field commands that produce hydropower across the country.

Today, the Hydroelectric Design Center has nearly 200 engineers and scientists leading this modernization effort. This is a very specialized engineering field, and we are building a competent and passionate team that sees the importance in providing renewable hydropower to our communities. The center has about 60 electrical engineers, 60 mechanical engineers, 40 computer engineers and computer scientists, and 40 other professionals serving as hydraulic engineers, economists, mathematicians, civil engineers and support staff.

Rebuilding our fleet is an “all hands on deck” effort, where center professionals collaborate with the engineers and operators at the district-operated plants and with industry consultants to ensure hydropower is ready and reliable for the nation’s needs. Essayons!

[Article first published in the March-April 2018 issue of The Military Engineer.] 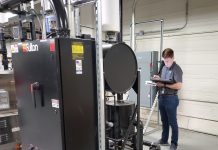 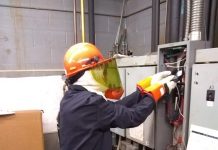 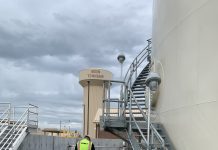 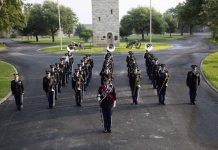 Factors for the Application of Natural Gas Fuel Cells 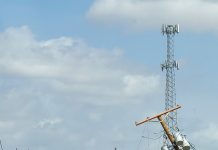 Getting Ahead of the Storm 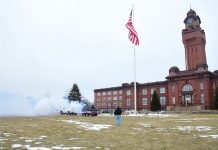 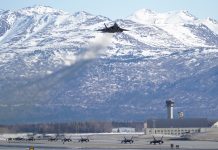 Engineering as an Instrument of National Power