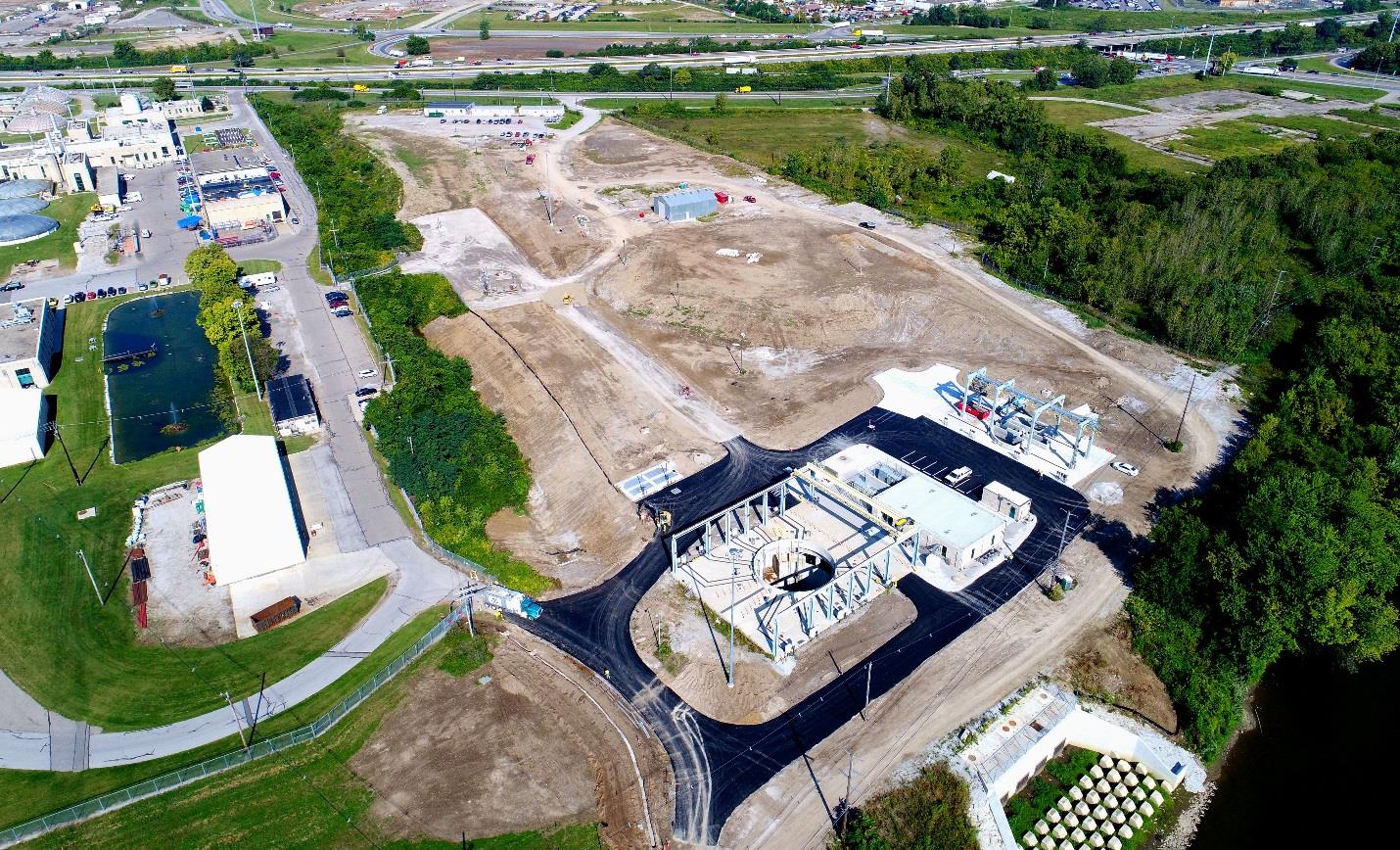 The storm and wastewater sewer system for Columbus, Ohio, was built in the early 1930s. With 13 combined sewer overflow points that discharged sewage into the Scioto River during heavy rainfall events, the system was designed to collect runoff from a two-year event. But with an increase in heavy rains, it left water collecting on the streets. Years ago in fact, stormwater systems for most of the nation’s cities were designed to collect runoff from a two-year rain event—and much of this vulnerable infrastructure remains in operation today. As a result, when even significantly heavier rains do occur, water collects in the streets and often strands vehicles, causes power outages, and damages homes and businesses. These impacts affect the economy and public safety of the local area, while cumulatively, strain the nation’s collective resilience.

In 2004, the Ohio Environmental Protection Agency issued a Consent Order requiring the combined sewer overflows to be adequately controlled by 2025. To address the order, the city originally planned to construct traditional, shallow open-cut sewer projects throughout the downtown in four phases from 2015 to 2025. However, an alternative was proposed by the project engineer DLZ National. A massive 4.5-mi, 20-ft diameter tunnel beneath the city would work to collect runoff and transport it to the city’s wastewater treatment plant.

The Olentangy-Scioto River Augmentation and Relief Sewer (OARS) Tunnel would be large enough to meet the Consent Order by reducing combined sewer overflows up to a 10-year level of wet weather flow protection and be operational eight years earlier than the original plan’s completion date of 2025.

To achieve success with this project, two significant challenges needed to be addressed and overcome.

First, a surge analysis study determined that rapid filling events could cause surge waves to propagate into the upstream collection systems, causing overflows into the streets or damage to the existing system. Typical practice to correct these surges is to use gates to control inflows or provide additional surge storage. However, DLZ National took an innovative approach and designed surge control storage directly into the four drop shaft structures that lead down to the tunnel.

First, a surge analysis study determined that rapid ﬁlling events could cause surge waves to propagate into the upstream collection systems, causing overﬂows into the streets or damage to the existing system.

Massive surge relief chambers and ventilation outlet structures were designed into the inlet shafts, protecting the sewer system from pressure waves and air entrapment during tunnel filling that could lead to sewage geysers. A surge analysis helped define the size and configuration of the relief structures at each of the four drop shaft locations. By designing the tunnel system to flow while fully surcharged maximizes the storage and flow capacity, maximizing the amount of stormwater that flows to the wastewater treatment plant for purification.

The second challenge was related to construction. The tunnel was mined in karstic limestone with 50-ft of rock cover. While the rock cover prevented surface settlement, it was a very difficult geotechnical setting to mine due to the large quantities of groundwater flowing through the rock. In some cases, high pressure groundwater inflows exceeded 5,000 gal/min. Even more problematic was that the tunnel boring machine did not encounter isolated pockets of high groundwater inflow, but rather almost continuous groundwater inflow along most of the tunnel alignment. Tunneling in this type of condition had only been performed on a few projects throughout the world.

To address this issue, muck handling was accomplished by pumping the rock slurry during the drilling process. In order to cut off groundwater to gain access to the cutter face for maintenance, the contractor, Kenny/Obayashi Joint Venture, developed a “reverse-flow grout procedure” that pumped feed water out of the front excavation chamber until the flow of water through the rock was going away from the machine. Grout was then introduced, which naturally flowed into the openings and fissures in the rock and sealed off the inflow of groundwater.

Several features were additionally designed into the tunnel boring machine to give it as much flexibility as possible. It required the use of a pressurized cutting chamber, a rarity for a tunnel boring machine. These features allowed it to successfully mine through rock that had near continuous, high-pressure groundwater inflows.

Completed in July 2017, the OARS Tunnel is now the backbone of the Columbus Wet Weather Management Plan. At a cost of over $370 million, it is the largest capital improvement project in the city’s history.

This project allows Columbus to continue developing and growing its downtown area while protecting the Scioto River and the environment. In fact, most of the population was not aware of the tunnel being constructed directly beneath them. The OARS Tunnel addresses the Consent Order and brings Columbus into compliance with the Clean Water Act. It is estimated the new tunnel will redirect nearly 2-billion-gal of combined sewage overflows from the Scioto River to Columbus’ wastewater treatment plant annually. However, this estimate may be low, as in 2018 alone the tunnel redirected nearly 16-billion-gal.

The project also essentially eliminated the city’s 13 downtown combined sewer overflows, allowing for the development of greenways and parks within the downtown area and helping transform the old riverfront area into vital public green space. The additional storage volume provided by the tunnel also eliminated the need for above ground storage and a future high-rate wastewater treatment system, saving the city an estimated $175 million. Future sewer extensions or a more robust stormwater control system can be easily implemented.

By designing the downstream shafts to be open to the atmosphere and using odor control facilities at the upstream shafts, fresh air can flow through the tunnel, allowing the city to control odors and protecting the concrete tunnel lining from corrosive gases. Consequently, the expected design life exceeds 100 years. Just two weeks after completion, a major rain event hit Columbus, filling the tunnel and shafts to its maximum capacity. The system worked as intended.

As metropolitan areas across the United States address the issue of undersized storm sewers and congested business districts, massive tunnels hidden beneath the cities are becoming a more feasible approach to collecting stormwater and complying with the Clean Water Act.

Jeffrey Coffey, P.E., is Director of Water Practice, and Mark Kessinger, PMP, F.SAME, is Vice President of Water Resources, DLZ National Inc. They can be reached at jcoffey@ dlz.com; and mkessinger@dlz.com.

[This article first published in the July-Aug 2020 issue of The Military Engineer.] 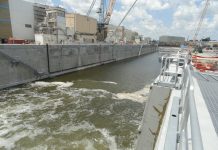 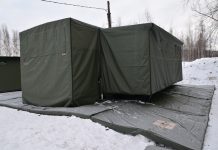 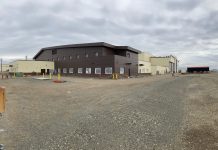 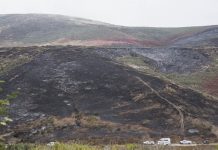 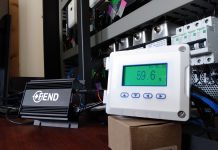 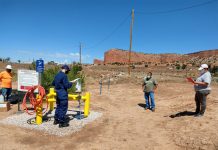 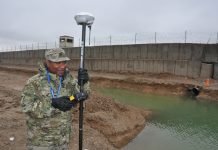 The History of Airfield Matting Design